A close match of cribbage

I play games on Board Game Arena. I especially like tournaments of classic games, which help me gauge how much skill is truly involved. Cribbage is a game I enjoy that seems to involve a lot of luck. Still, it can be a challenge of wits. Here’s a tournament match that was tied 3-3 with one game left we both got to 119 points: 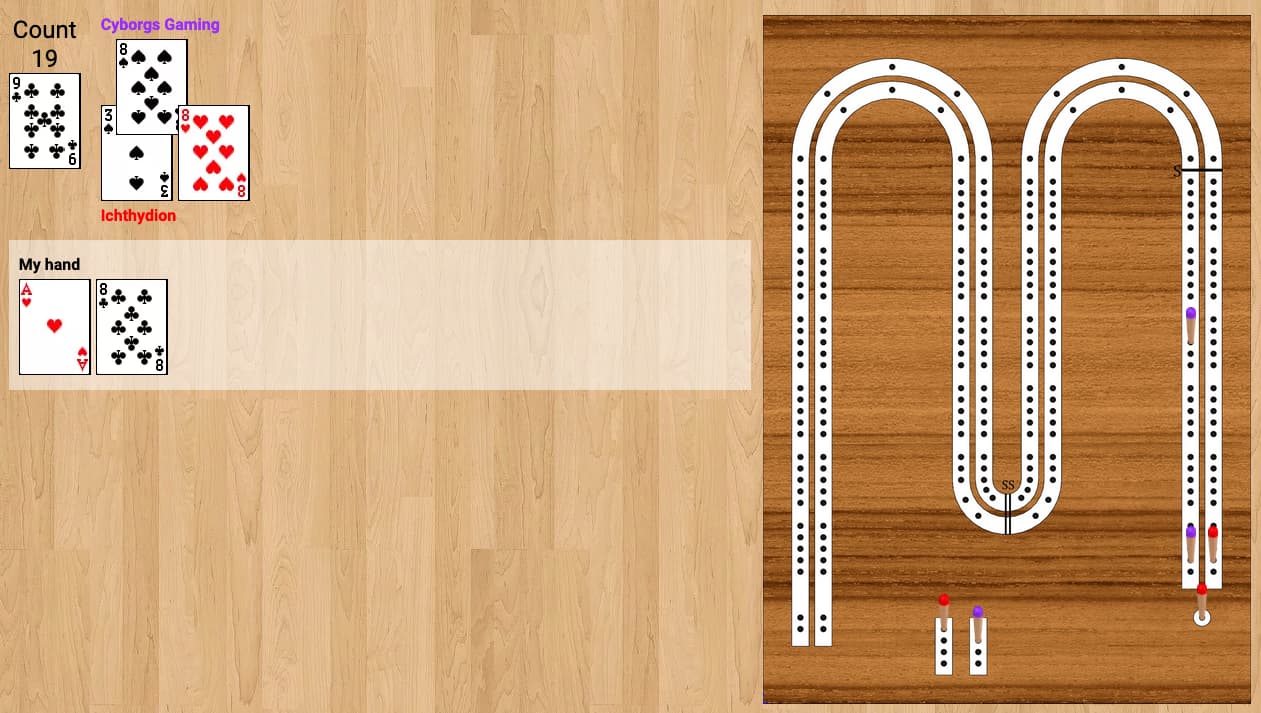 It’s not uncommon for misplays not to be punished in games with some level of chance. On the one hand, that makes them more forgiving to new players. On the other, it can be harder to learn good play via experience.

I played a lot of board game arena early in the pandemic to keep up weekly games with Aaron, but have not played for a while. Unfortunately, I have never played cribbage in any form, so I have no idea how to even begin to understand any of this…

Huh. We played cribbage a lot at the cabin. Guess we weren’t inviting younger kids to play.

I think that’s true. I also may not have been interested in joining in at the time. I was too busy putting all of the risk pieces on two neighboring spaces, and rolling the dice hundreds of times to see who would win…in retrospect, maybe not the best use of my time…